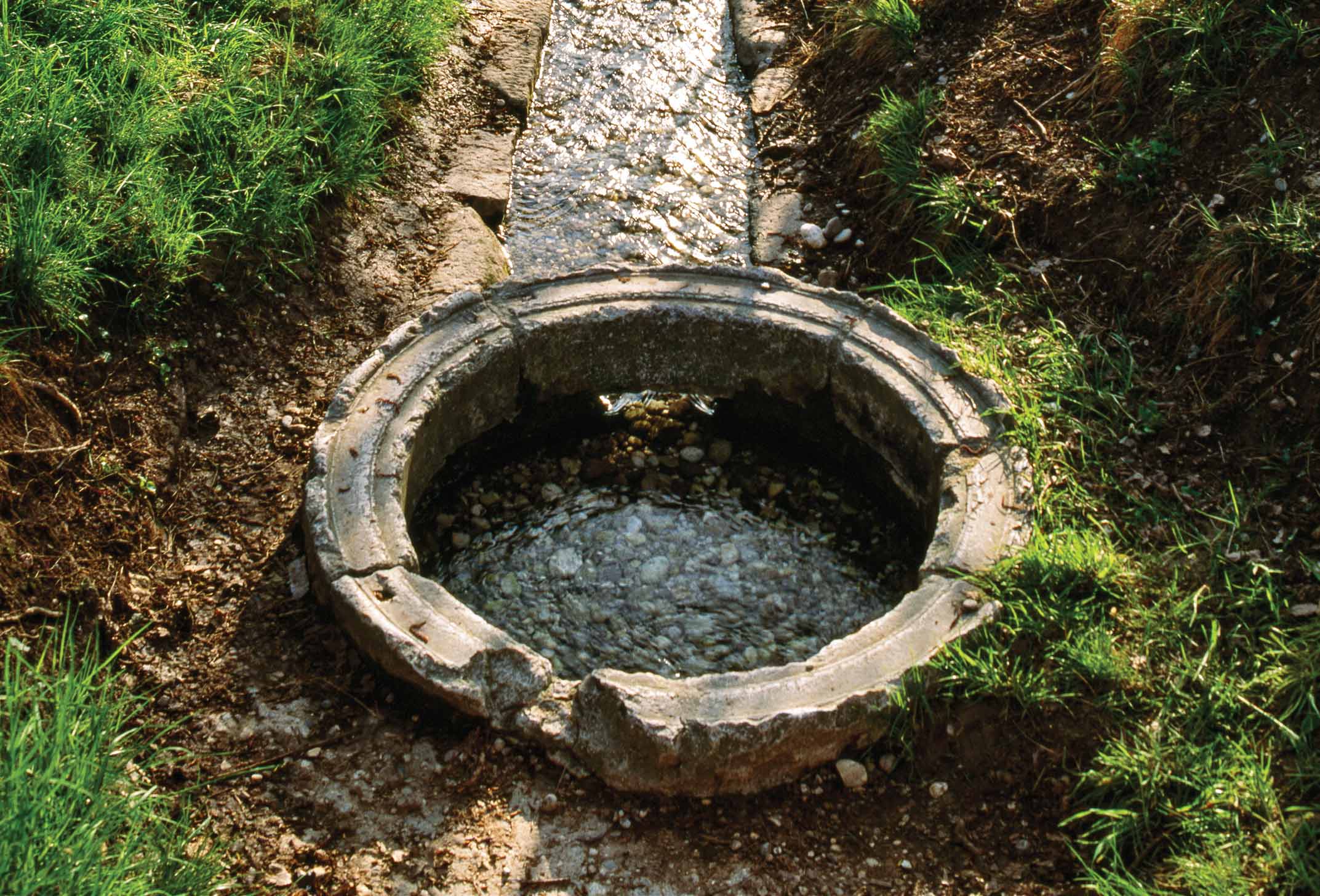 territory.
The authenticity, the freshness and the quality of Venchiaredo products represent the most evident outcome of a unique combination between high-quality raw material, authentic territory and strong respect for nature and traditions.

The company is headquartered near Sesto al Reghena, a village set in the Friuli Venezia Giulia lowlands, where the “Venchiaredo” spring gushes, celebrated by Ippolito Nievo in his “Confessions of an Italian”.
A territory that still preserves the charm of unspoiled nature and a place where time has not changed the traditions and the profound values of its people.
Surrounded by beautiful hills and mountains and lapped by the waters of the Adriatic Sea, this place boasts particularly favourable weather conditions for the production of milk with excellent nutritional characteristics.
The connection with this territory is an important asset that the dairy company intends to preserve and enhance. 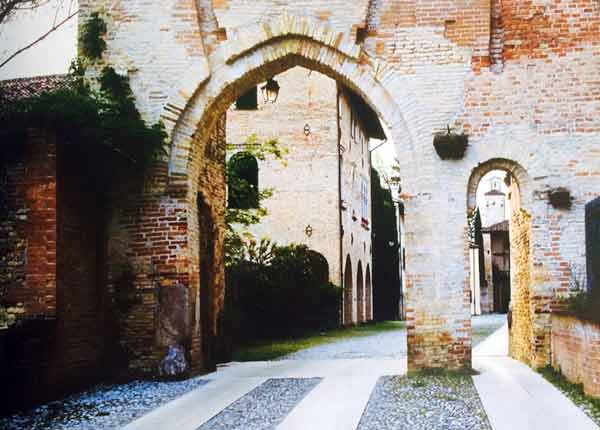 Confessions of an Italian

“… let’s shed some light on this riddle. – between Cordovado and Venchiaredo, about a mile away from the two villages, there is a great, limpid fountain, which is said to posses many cooling and health imbuing qualities. But the fountain nymph did not exclusively trust the virtues of these waters to lure devotees and thus armed herself with such a beautiful landscape of meadows of forests and sky, and such a welcoming shelter of alder and willow trees, that this inviting corner is truly worthy even of Virgilio’s pen. Hidden, meandering footpaths, whispering streams, sweet, musky hills – nothing is lacking in the surroundings.”

“that limpid, sky blue water, is a sorceress’ mirror, which gushing imperceptibly from a fine gravelly bed, multiplies in its wake a scene so picturesque and pastoral. These are places, which bring to mind the inhabitants of Eden before the origin of sin; while also making us think of sin without loathing, now that we are no longer inhabitants of Eden. And so around that fountain, the graceful maidens from Cordovado, Venchieredo and even Teglio, Fratta, Morsano, Cintello and Bagnarola, and other surrounding villages, used to gather around, from time immemorial, for festive celebrations. And they would spend a lot of time there, laughing, talking, eating, until their mothers, their lovers and the moon would lead them back home …”

The castle that disappeared at sea

Venchiaredo Spa proudly took part in celebrations commemorating 150 years of the unification of Italy, in addition to recognising and honouring a great figure from the 1800’s, Ippolito Nievo. With these objectives we had the privilege to adopt and support the graphic novel titled “The castle that disappeared at sea: the amazing story of Ippolito Nievo”. A project inspired by the collaboration of the Gino Bozza cultural association in Cordovado (Pordenone), with Erika De Pieri, comic book artist of national fame. The result is a work that, embracing a reading public from 6 to 150 years of age, takes us on a journey that borders between reality and fantasy …

Investigation into the expedition of Garibaldi’s Thousand

If Ippolito Nievo is well known as the author of “Confessions of an Italian”, he is less known as a man and as a soldier (he was a member of Garibaldi’s “Thousand”). But even less known is his end: he died in the Tyrrhenian Sea aboard a shuttle steamer, between Palermo and Naples. Was it a tragic accident, or an orchestrated attempt? Who would want Ippolito Nievo dead or who would otherwise wish to see all documents regarding Garibaldi’s scheme at the bottom of the sea? What did Nievo know?

Confessions of a territory

The work of the group Spacca.7 was conceptualised to take advantage of a great historic opportunity, the 150th anniversary of the Unification of Italy, with the aim of getting in touch with the beauty of the territory through one of the architects of the Italian Unification, Ippolito Nievo, celebrated 19th century writer, who immortalised our land in his masterpiece “Confessions of an Italian”.
After carefully reading the novel “Confessions of an Italian”, and in particular the first part regarding Carlino’s childhood, the protagonist of the work, the group proceeded to the critical contextualisation of the territorial aspects: Fratta, Teglio, Cordovado, Venchiaredo, Stalis, Bagnara, Portogruaro.
Thus, an “organic” itinerary was created on the border between the regions of Veneto and Friuli Venezia Giulia, celebrating some of the most important characters in Nievo’s work.

The works by Ippolito Nievo for everyone

An opportunity not to be missed, offered by the website LiberLiber.it, where you can download for free some of Ippolito Nievo greatest works.

One of the saddest chapters of Italian history takes place between the high walls of the San Sabba rice-husking facility in Trieste, where the German command decided to carry out the nefarious directives of the Reinhardt operation. Between April 29 and 30, 1945, in view of the looming defeat, the German garrison of the San Sabba rice-husking facilities withdrew completely, leaving it unprotected and releasing any prisoners that were still alive. The crematory oven was blown up that very night, in order to leave as few traces as possible of the likely chilling events that took place at the plant.
In the background of this great page of History, the author tells a minor story of a friendship torn apart by the events. And with this secondary story, Belgrado leads us through his description of the days before the events and of those who witnessed the horror that gripped the city.
The author introduces us the places, the people and the unbearable political climate that preceded the German occupation, and finally the absurd imprisonment driven by the hallucinatory and criminal rationality of the Nazi ideology.

Paolo Cossi and Marco Pugliese return to the topic of the Vajont disaster, revisiting it from a point of view that is completely different than the journalistic and investigative perspective.
Thanks to artists such as Paolini, we know almost everything about the events of the disaster, especially the historical, technical and legal aspects, nevertheless it is also true that with the march of time, the human aspect associated with the valley and its people is fading away with the advance of the new generations.
The authors’ approach therefore intends not only to provide a fresh perspective in terms of narrative and transmission of the facts, but also to help rediscover the places, not only for how they were and for what happened to them, but also for how they are today.

Confessions in the kitchen

The food-and-wine references scattered here and there in “Confessions of an Italian”, yet also found throughout all Nievo’s works, could not go unnoticed. Indeed, they have brought to light a heritage of genuine products and of simple and measured approaches, a true “goldmine” of taste.
All to be discovered!

Venchiaredo signed a convention to enhance, from an environmental, literary and touristic point of view, the Fountain of Venchairedo, from August 2nd, 2018, to December 31st 2021. The parties involved in the convention commit to jointly start initiatives to protect, preserve, maintain, enhance and promote the Fountain of Venchiaredo, located in the homonymous locality in the Municipality of Sesto al Reghena, which Ippolito Nievo made ethernal in Chapter IV of his “Confessions of an Italian”. In the scope of this convention there are initiatives and interventions that are to take place throughout each year of the effectiveness of the convention. We will also take care of the issue of fundings. 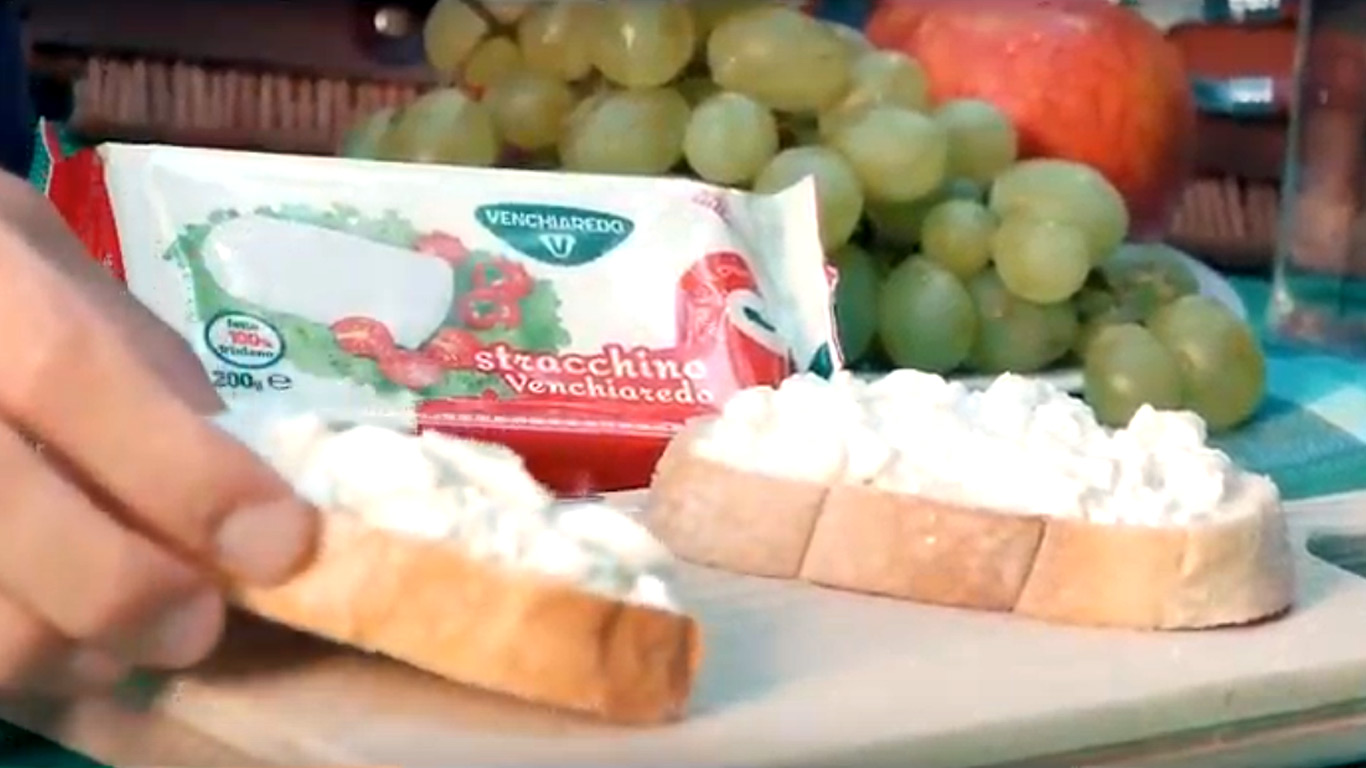